The Seventh Day of Sintaxmas 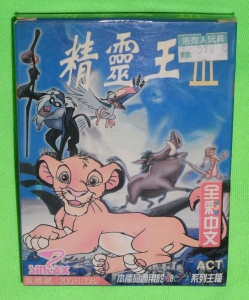 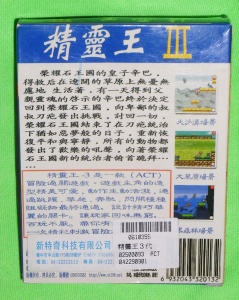 Rawr! Here we have a game based, roughly, on the various Mega Drive Lion King games. Strangely it's named Jing Ling Wang III (精靈王III), which approximately translates to "Elf King III", but I have seen a cartridge for sale that actually used the "Lion King" title (in Chinese, 獅子王); maybe they changed it at some point to avoid any trouble with Disney? 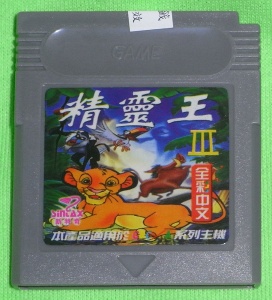 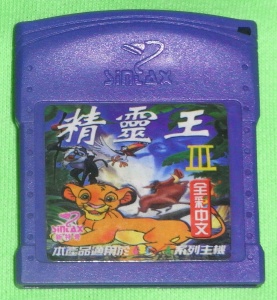 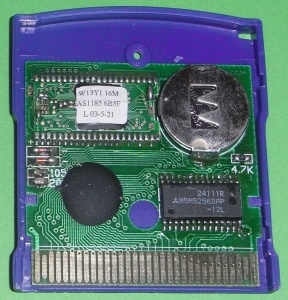 Anyway, it's a pretty average platformer; the Simba sprite is a bit weird though. I also have three copies of this game, and only one of them works. Just saying, like. Quality. (The grey one came in the box pictured above, if anyone was wondering)

coming up tomorrow... the X makes it sound cool

The spoiler gives away too much. XP
I figured it out already!

This one was just different, for some reason.

Taizou can you please dump the alternate cartiridge of the lion king iii.

i would if i had it

(unless you mean the alternate one in the pic - in which case, they both dumped identically)

Does anyone know if there is a alternate hack of this game. I know there is one that changes the title screen. But i mean a variant that actually changes the graphics or music.