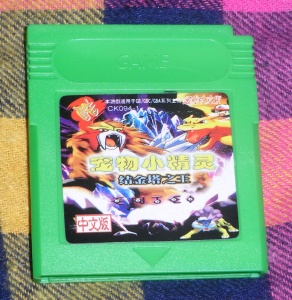 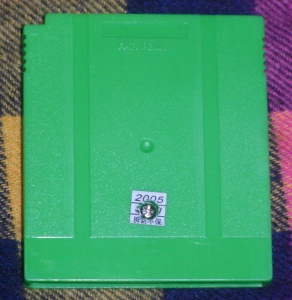 Well! One thing I've been trying to do for quite some time is dump all the various weird Game Boy games that have come my way over the years; usually this fails due to copy protection or weird cart hardware or other stuff, but every so often a cart surrenders its contents without too much hassle (usually thanks to a game being re-released by a different company that didn't care so much about protection). And this is one of those! In Chinese it's snappily titled Chong Wu Xiao Jing Ling: Jie Jin Ta Zhi Wang (宠物小精灵 结金塔之王) which translates roughly to Pokemon: King of the Golden Tower. ALthough the title just calls it Chong Wu Xiao Jing Ling, and then maybe you could call it "Pokemon Pikecho" too? oh these games and their consistency.

It's an RPG developed by Vast Fame (which are totally the best kind), based on the same engine as another one of their games, Digimon Pocket. I think Digimon came first though - there's a massive Digimon on the game over screen, for one thing. Oh yeah, and the header says Digimon. Just call me Sherlock fucking Holmes. It has also seen an English(?) version called Pokemon Ruby and probably had an earlier release in Chinese with a different name, too - this cart I dumped it from dates from about 2005, and is part of a line of otherwise mostly generic and/or title-hacked pirate carts identifiable by that "酷" (cool!) character in the top left. As is (sort of) tradition with VF, alternate versions feature entirely different music, for some reason - aside from the intro, the entirety of my dumped version's soundtrack comes from Shi Kong Xing Shou, but the English version's is entirely different. 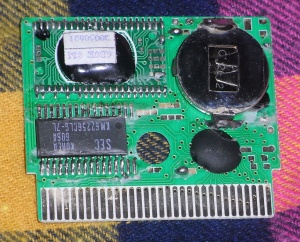 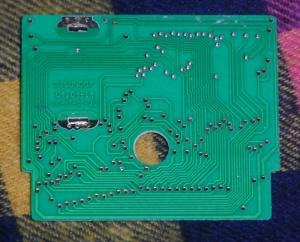 Anyway, enjoy the game! I had to change precisely one byte to get it working in emulators, so I dunno if that means I'm a terrible person that totally ruined its integrity or what - I've uploaded both versions in any case, [Fixed] is the one that works.

Update 5 Aug 2012 - I'm going to abandon the GoodGBX-esque naming scheme for now, it kind of implies I'm adhering to a standard that I really have nothing to do with ... ROMs are the same though

Thanks, will beat it soon. I'm just busy with RL things at the moment. BTW, if there's a walkthrough for this, let me know so this game will go down... EASILY.

Sweet, glad you were able to dump it! Weird thing with the Engrish version (Pokemon Ruby) is that they kept in the Digimon attacks and music from Digimon Pocket, not to mention recovery attacks which this game could've really used.

The f1 version glitched for me. I went to the place on the left, walked right to talk to the fat guy, then it wants to do a Pokemon battle but it locked up. :(

which emu are you using?

Oh yeah, so it does.. Try another emu I guess, it works fine for me in everything else (including older versions of VBA)

oh here's a thing about this dump I never noticed before: though it's not displayed on hardware, thanks to codeman38's Python script (http://snipt.org/PlX) I discovered this game has a "Niutoude" logo hidden in the ROM, which was used by the publisher Xing Xing/Li Cheng in their own releases. So I guess these "cool" carts (or at least some of them) are sourced from Li Cheng.

Huh. This particular cartridge, it looked like they tried to make look like a GBA cartridge, on the 'cartridge board'.

@Taizou
Do you think you could re-solder the chip on the bottom left, and re-dump the cartridge? The chip is badly soldered, mostly uneven, metal barely connects. Try to use metal molded to legs on a chip, to re-make. I'm sorry, if I'm asking too much, from you.

no the current dump is fine, why would i do that

@Taizou
I hate that I forgot to ask if that picture was before or after. It was because if it was before that's why I saying that. But it was also because I might have thought that you dump that carts as the carts, not dumping the chip. I guess you're dumping the chip then?

no i'm dumping the carts.. and i can't remember if it was before or after. but i'm still saying it's fine. i always dump things several times to make sure the dump is consistent, if there was a bad connection it would almost certainly result in different reads each time, or if one of the pins was not making contact at all then it'd be very obviously broken (corrupted graphics, crashes etc) even on real hardware.

@Taizou
Oh. :o But wait, why does it seem like when like for example a generic user dumps a Sintax game, the raw dump works fine? (I.E. Ice Age 2) I'm not sure, but does everyone use the Bung GB Xchanger as the dumping device?

those Ice Age dumps came from China and I have no idea how they did it, if it's a raw dump then I guess they found unprotected copies, otherwise the dumps must be hacked and they just never released the raw dumps.

I wish you had dumped the english version but hey! you took your time to make us happy so that's enough for me, I had this copy when I was a child, its a shame I changed it for spiderman 2 the sinister six bootleg :(

yeah, unfortunately the English version has some protection/weird mapper, AFAIK it never got a generic re-release like the Chinese version did :(

Taizou could you please dump any variant of the digimon pocket please?

if i could, i would. currently i only have it on a multicart and i have no way to dump the part of the ROM that it's in. the original single cart releases (both English and Chinese) are likely to be protected also. my best bet is probably if there was a Li Cheng re-release or something.

OMG I've been looking for a dump of Chaoji Gedou 2001 alpha forever.

I need this. Y'all don't even know. I'd give my left nut for the opportunity to play that, the most elusive of games.

What Link is The English Version

With this code you can change your Pokemon as many times as you want.

Stiru no engrish version rom as of today......

I want to play the engrish version so bad