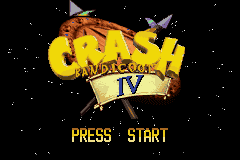 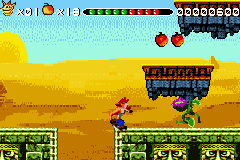 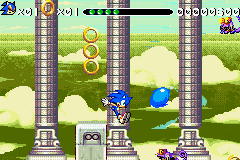 Sonic has got it rough as far as GB bootlegs are concerned. Between Makon's trilogy, Sonic 6 Speedy Gonzales Edition, and Sintax's stuff that does not even play like his own games. Did Sintax make any non-platformers for the GBA? Also, aside from Vast Fame and Sintax, did anyone else make GBA bootlegs? I think I once saw a GBA cart with SKOB's 吞食天地III label but that probably was just a pirate cart with the label art stolen

A few of Sintax's later GBA games were a bit more run-n-gun like and they made a couple of really simple racing games too. And yeah I think Vast Fame and Sintax were the only two companies making any kind of original GBA bootlegs, aside from simple stuff with PocketNES or whatever. The 吞食天地III cart is that game running in an emulator, I doubt SKOB had anything to do with making it.

Ah, thank you for clarification. I did see some things that sounded like racing games on Sintax GBA game lists but I always assumed they were just more platformers.

Also, have you seen this video?
https://www.youtube.com/watch?v=8VZcGIsZgeA

I remember in an earlier post you were looking for the name of the Vast Fame Super Robot Wars game.

Also, I recently saw what appears to be a copy of Pokemon Crystal but in the style of a Makon cart. It had an ID number of GA097. Have you seen one of those before?

Sorry if I am asking a lot of questions, being under lock-down has left me a bit bored.

Keep seeing these stuffs dumped, and Sonic 3 Fighter Sonic was my most wanted one.
I wonder if there was any kind of Digimon Adventure full version in cartridge.
Also can you update the hhug.me/dump page? It can make people easy to find these stuff without finding your blog posts.

Sorry for multi-commenting, but I found out it has been updated.

@anewkindofscience ah yeah I saw that video, still need to update my list with the actual name.
GA097 Pokemon Crystal is the "Vietnamese" translation AFAIK.

@SuperfishMEMZ there is a full version of Digimon Adventure yeah. I don't have it though.

Weren't these on the forums by Rib?

Yooo! These rips are awesome! I remember seeing the rayman one on youtube, do you know if the ultra man one has been dumped yet?
Keep up the great work! 👍

What about the Donkey Kong one?

yeah these are Rib's dumps reposted with permission, I mentioned that at the top of the post

Hmm. Fine then.
Question: wasn't there also an X-Men one? Don't remembe anything about it but I think I saw it somewhere, but no vids of it.

The X-Men one is on the Handheld Underground YouTube channel. You can find it by clicking on the menu button on this site and clicking on hhug YouTube

Question, mr(s). anewkindofscience@yahoo.com, do you have any relationships with forum user 瓜瓜龍?

Never mind, you're the same person.

Random question, do you happen to have the ROM for "Pocket Monsters Crystal Chikorita"? I can't find this ROM. I hope you can help me out 🙂

That game's ROM currently does not work on emulators due to copy protection. If you'd like, I could send you the non-working raw dump of the game

@anewkindofscience yes please, I would love that. My gmail is velezj.93@gmail.com 🙂

Ok, I just sent the file. Be sure to check your spam folder as well. I sent it with the email address that I use as a username

Also: I forgot to mention that every SKOB game that I own aside from the one I sent you used BBD's copy protection

anewkindofscience, would you have the second part of Super Robot Wars Final? It was split into 2 parts accordin to wiki, yet I only have the first one. That is, assuming there truly exists a second part. Send me a PM on the forums please.

Super Robot Wars F the SKOB game? There is a part 2 but I do not have it

OK then. BTW haven't found any infos on Garou on how to activate that second title

I don't know if you knew, but Sonic 3 Fighter Sonic had a Russian version
PROOF:
https://ibb.co/Tr1Twbq

@Hedgeknuck I'll throw in my coin that Russia and China must have really weak copyright laws, and that they were big markets for bootlegs. Know this since Brazil's dictatorship meant that all products had to be fabricated in our country which was a big gate for bootlegs. I don't know for those other two :p but must be similar

@guyzis Now much better XD
The last time I saw pirated content even in not the most developed cities in the year was 2013. Bootleg games (Most of the pirated content is low quality translations) is almost impossible to find even at flea markets. But I have a Russian version of Rayman 4.