Over the past five years on this site, I've dumped and released almost all of Vast Fame's known GBA games. But one still eluded me. Until now! 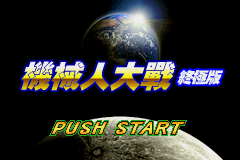 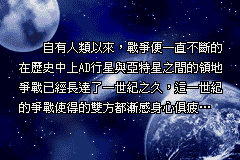 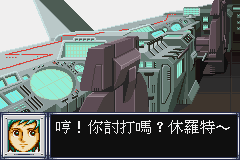 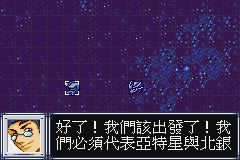 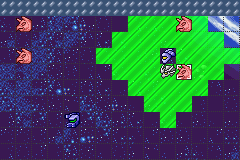 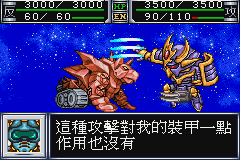 I'm not familiar enough with the original Super Robot Wars games to know if this game is heavily based on any particular official entry, or if it's more of an original derivative work like Vast Fame's other GBA games. But the sprite work is really nice. Is that original or ripped from the official games? Again, I have no idea! Maybe some of the SRW fans out there can enlighten me on all of this.

Thanks to AprkMk16 for lending me this cart! As usual, you'll need to use mGBA to play.

Nice. Just two more Vast Fame games and their entire library will be covered. That will be a bittersweet moment

i am working on a game named Donkey kong 6
didi you remember donkey kong 5 for the gbc?

you did it a really nice work by dumping correctly this awesome list of bootleg games, specially the holy grail of GBC/GBA bootleg games, the Vast Fame unlicensed games.

They both used their original sprites and ripped from at least SRW A ones for generic enemies. Both three playable robos on 1st mission and the boss unit are either sprite edits or made from scratch. Face sprites as far as I played are mostly original.

On third mission original characters are joined by Bright, Amuro and Fa from Gundam, so, I guess Vast Fame tried to make their own version of same pattern.

Maxzhou88 once attempted to dump this but skipped the protection entirely making the game unplayable on emulators until now. Thanks for the work!

Good to know you're still here, even if posts are getting further apart. Speaking of, you never did make a post about the second "12 bit" console you told me about two years ago; I'm guessing you didn't have much to say about all those other crappy handhelds? Or maybe you just had personal matters get in the way; I can understand that.

A bit more on topic: will you consider making translation patches for some of these games, like this one or Shengui Diguo Zhi Emo Cheng? Or will you just stick with dumping the games? I remember you said you made a translation for the GBC Harry Potter bootleg, but I don't know if that's something you'd still be willing to do (or can do, given the copy protection).

I do still have an unfinished draft of the post about that handheld kicking around. I just find it more fun to buy new ones than document the ones I already have, I suppose 😬

As for translation patches: probably not, sorry. Harry Potter was a pretty simple one & that was a long time ago, it's not really something I'm interested in pursuing right now

The fact that their games can be better than a big chunk of official releases is mildly cursed, I kinda wonder why they never tried to go official

i don't think there was really a path open for them to do it, it was hard (or impossible) to get a nintendo license in taiwan at the time, at most they couldve maybe acted as a subcontractor for a foreign company. PC was the most viable avenue for taiwanese games but they probably didn't have the skillsets to make something that would succeed on PC back then, i think they could've done well as an indie dev like 10 years later but they died out too soon to ride that wave sadly