well i'm just ploughing through some more Sintax stuff here. two variations on the previously dumped Spider-Man game! once again the raw versions should work in hhugboy & MESS + im supplying fixed ones for other emus. 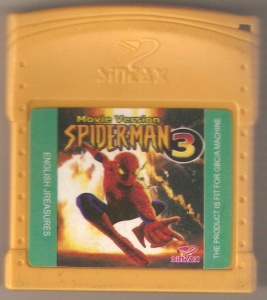 This is the English version - aside from the language and a new animated "3" on the title screen it seems to be the same as the Chinese one. Dumped by BigFred! 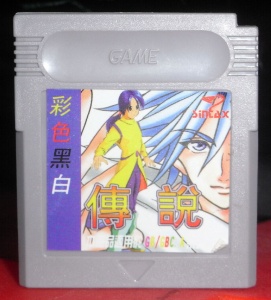 Lazy, lazy hack of Spider-Man. Still has his head in the status bar. Cart supplied by Qiezei, dumped by me.

Just a note i completed this game and surprisingly the ending features the same grassland scenery that is also shown in the ending of bomb 2 by the same company.