okay just a quick one - this is a hack of Adventure Island 2 & it was ripped from an 18 in 1 multicart dumped by RobGBA. i've had it myself for a while on a 19 in 1 but that cart died before i could dump it properly ): 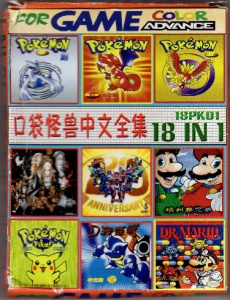 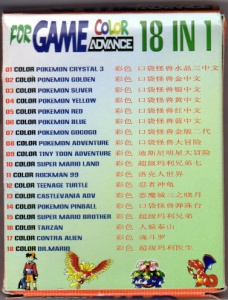 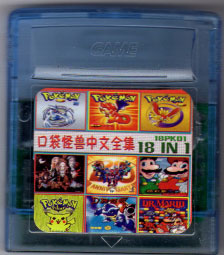 It's an Adventure Island hack, there's not much to really say about it (except that I love how goofy the Goombas look in this game. They even have googly eyes!)

there is one thing I can say about it - the hackers mixed up the light grey and white colours on the main Mario sprite (ripped from Super Mario Land 2), if you reverse those it looks way better. in fact on some of the original sprites the colours are actually the right way around, like the one where he falls over after entering a wrong password.

also my favourite part of this whole hack is the pre-title screen title screen that they replaced the intro with, because when I first encountered it on my 19 in 1 like ten years ago I saw that fairly convincing looking screen and thought that maybe this was actually a pirate port of Super Mario World..until I pressed start and heard the Adventure Island music.

@taizou
Huh! They got you there, back then! :D

amazing change of theme for halloween :)

thanks! :D i was kinda hoping i'd have some kind of halloween related rom to release but.. there aren't enough pirate castlevania games in the world.

@Taizou
I've been meaning to ask for you to get a-rid of that comment of mine (number 5 on this post) (seriously, why did I post that... that... just doesn't even make ), for quite a long time. And please, don't delete my comments, unless if I say so. I don't post spam, and I feel like there is an embarrassing comment like that, then I'll ask you to. (P.S. Sorry if the comment ends up getting weirdly spaced out, during posting. It's probably be something wrong with my other computer. I'll maybe use my 3DS for now, if it ends up that way. Also, please check your old website for comments. mostly from other people. Especially, if you thought that "travel bags" comment (LMAO! :D) {http://fuji.drillspirits.net/?post=99&comment=1-2} was the worst spam you've ever gotten, then YOU HAVE TO SEE *THIS*!!!:
*http://fuji.drillspirits.net/?post=87* ( insert appropriate meme here:

Huh. Apparently not. It's just fine, here on HHUG. It just doesn't seem to be right, now on Neo Fuji. Hmm... fuck.

Shit. I'm sorry. I was just going to say that I was hoping that embedded code would work, here, but I can see that it doesn't... at least in the comments section. Well... how did you do that in those posts? I guess just that it only works, in actual post, not the comments.?

The roms on it don't seem new. Can't you be happy with 18 stand-alone roms?

@guyzis
I'm curious what the menu looked like, but taizou has stated that the multicart was dead and I didn't read the whole text