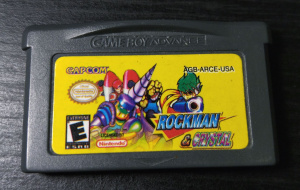 Rockman & Crystal is the English version of Vast Fame's genuinely-quite-decent Mega Man X clone and swansong for their Zook series, and it's been something of a holy grail for ROM dumpers for a LONG time. Just over two years ago, I dumped the Chinese-language Taiwanese release, Zook Man ZX4. So the game has been playable for a while, but what has always been missing is its fantastic English dialogue. Until now! 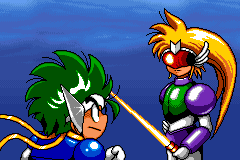 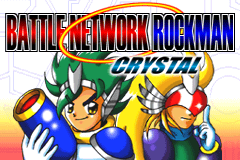 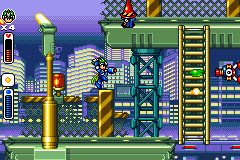 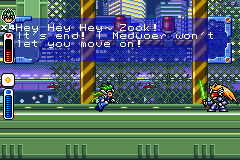 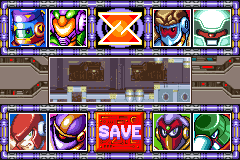 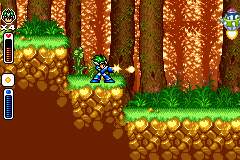 Many many thanks to a tiny fairy for lending me the cartridge!

It works in mGBA 0.5.0 and later, might work in other emulators if they've implemented support for Vast Fame protection in the meantime. I dunno, I'm not the sheriff of emulators

Been hearing reports that it doesn't work in mGBA 0.6.1 or later, but versions between (and including) 0.5.0 and 0.6.0 are fine - older versions can be found here https://mgba.io/old.html

Taizou, You have fulfilled one of my dreams, since I heard about this game, I always wanted to have the opportunity to play it, but of course I only saw images and videos on the web, no one had dumped or could properly dump the game rom, so I partly lost hope of to be able to play it some day, when you dumped the Taiwanese version it will certainly achieve what many of us want, play the ¨holy grail¨ of the bootleg games, we really appreciate that you have even been able to do it with the english version, hero.
Oh yes, sorry for my relative poor English.
Greetings.

I'll see if it works for MYboy mobile emulator

Retroarch seems to work though.

Retroarch will work with the mGBA core yeah. Probably no other emulator will work unless they implemented support based on mGBA's.

Incidentally the bug present in mGBA 0.6.1+ is now fixed and the game should run in dev builds now (including on Switch!) http://mgba.io/downloads.html#development-downloads

The sound font seems to be messed up in the lava/underground stage in this version.

The sound font for the night city stage is also different. Plus, the boss theme for the top-right and bottom-right bosses is slower as well as using different instruments. The hit detection seems about the same between both versions, though.

I wanna reference "go hell" somehow, but I don't wanna seem ungrateful for these dumps. I do appreciate the work you're doing, and you can be sure I'll come bake for more.

Gives me a white Screen on hardware with music.

yeah it won't work on a flash cart unless it can simulate the copy protection, and I'm pretty sure nothing on the market does that

Now get www.mgba.io To Get Rockman and crystal Relased 2003 is Was Killing sounded in digimon 02 5 rumble Rockman x4 Mock rumble Sonic 8 Mock rumble is not real Fuck Is What the he'll is frozen ramen are MADE WITH FIRE!!!!!! HAAAAAAAAAA Oh no That cute rich I'm outta here

Is it possible to crack this game to remove the Vast Fame protection so that it will work on Flashcarts?

If this game had a direct modern sequel, this would be 20XX, of course, if 20XX had been developed by Vast Fame, :v

As far as I know the English GBA releases are all by the "NGCA" company - I don't have as much experience at spotting their GBA releases compared to their GBC ones, but a big giveaway is the Nintendo logo in the seal of quality being in Chicago font instead of the proper one. I checked one of the PCBs and it seems similar to their GBC ones too.

Thanks for the explanation. I’ll be sure to look out for that when buying translation bootlegs

Would you ever consider making a guide to identifying the "NGCA" company's translations?

i hate ur game