So here's a super cool thing - thanks to Shamboozle, we have a new batch of Vast Fame GBA dumps!

As with my previous Vast Fame GBA releases, these will only work in recent versions of mGBA. The two Digimon games work in release versions 0.5.0 and later, but Mo Jie Qi Bing will currently work only in nightly builds from 2016-10-28 onwards, because it uses a previously unemulated feature of the protection system and also isn't picked up by the auto-detection in previous versions. 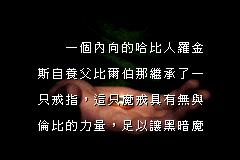 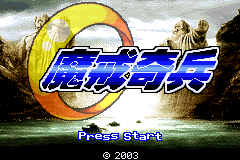 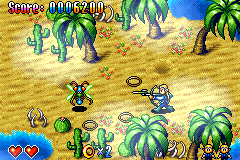 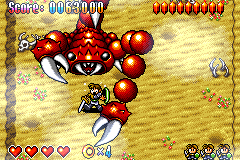 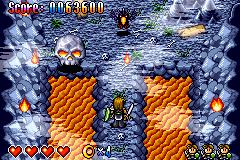 First up, here's something never dumped in any form before! A top-down shooty-type game loosely based around Lord of the Rings (although outside of the cutscenes you wouldn't really know it).

It uses the engine from Kiki KaiKai Advance (also known as 'Pocky & Rocky with Becky' for its US release), which Vast Fame is rumoured to have obtained legitimately from that game's developers. But overall I found this a more enjoyable experience than Kiki KaiKai, and the graphics and music are IMO better and the environments more varied. They even brought back a version of the raft stage from the (massively superior) SNES Pocky & Rocky, which was not present at all in the GBA game.

Interesting note about this game - its box, which can be seen on Bootleg Games Wiki, bears the number "SLA-001". A number of Vast Fame's Game Boy Color games were published in China under the SL-xxx series, so that would presumably make this the first GBA release from that same publisher. 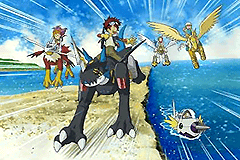 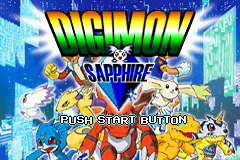 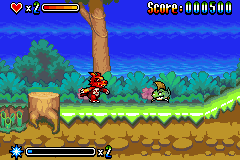 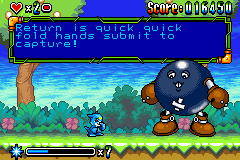 I dumped a version of this from an unprotected reprint cart ages ago, but that version has Problems - specifically when you finish a level, it will do something wrong; on the real cart it would hang on a black screen, but in emulators it could also just roll the credits or (if you were lucky) proceed to the next level albeit skipping the stage intro screen. But, finally, we now have the original, which works as it should. And it's a genuinely decent platform game which I highly recommend you check out if you haven't played it already. 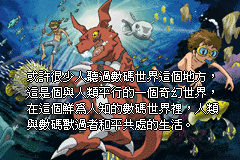 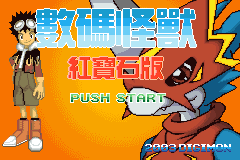 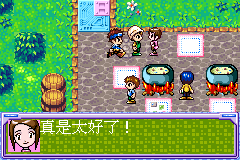 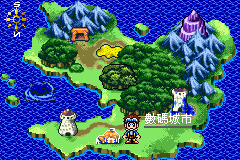 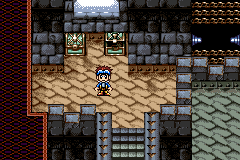 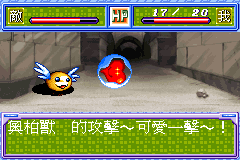 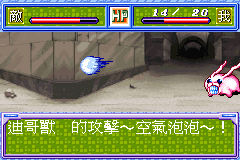 I've already dumped the English version of this as "Digimon Ruby", and the Chinese title translates to roughly the same thing. Presumably the dialogue in this version makes more sense, although it also has much worse problems with sound channels dropping out than the English version.

I just noticed something odd in the Mo Jie Qibing and Digimon Sapphire ROMs while poking around them in a hex editor, and it turns out that this is there in Juezhan Sanguo from the last dump as well: for some reason, there seem to be remnants of the Eurasia scene group's intro for Klonoa 2 at the end of the ROM.

well that's weird! it looks like there's some actual Klonoa 2 data there as well, it's not just the scene intro.. maybe they were using Klonoa and/or the intro at some point to help them figure out some aspect of GBA programming?

Oh my god, Mo Jie Qibing? This is a great array of dumps, thank you for all of your work on getting these out! <3

Heh, for reason most of these gba dumps won't work with the GBA emulator that I have ( it's a mobile emulator Since I play them on tablet and phone). It's to bad I really wanted to try them out.

I tried getting Digimon Sapphire to run on the mgba core but it just refuses. hangs on white screen.

nevermind i got it to work lol. I'm not sure what was going on but i downloaded a different version of mgba and it works now. this game has the best engrish XD