Turtles and Rayman, together at last

Hey who's ready for some more Sintax GBA games?!?! I have two this time! These are basically the same game as the previously dumped Super Mario DX, but with different graphics, reordered levels and a few bug fixes. Some of the reskins also have all of one different level layout (but I honestly can't be arsed to go and check if that's the case with either of these).

These two were much easier to dump than most YJencrypted games, because they didn't have any of the "trap" addresses that lock out further reads - in general that seems to be the case with earlier releases, but one of them has a later ID than Mario DX, which had the most bastardly version of the protection, so... it's not an exact science. 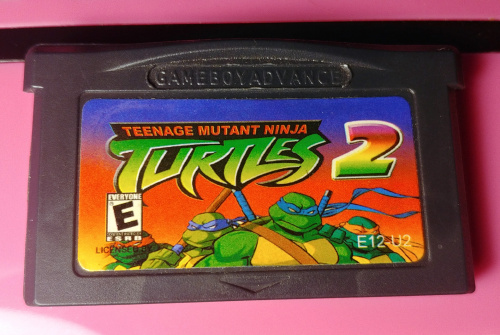 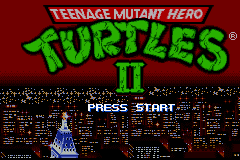 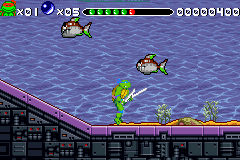 Turtles in a turtle shell! The ID of this one presumably indicates it was released earlier than Mario DX, but I think Mario DX was actually made first, because Turtles 2 fixes some of the more egregious bugs present in that game (which were carried over from the prototype Digimon Adventure).

I've named the ROM after the title from the cartridge label here; the title screen uses the "Hero Turtles" title, because it's taken from the European version of Turtles in Time with the brightness turned way down (on an original GBA it's almost invisible!) but I figured the label title is probably the intended one and it's not worth doubling the filename length to work in the alternate one.

As with all dumps from YJencrypted carts so far, this is a 32MB ROM despite only 4MB of actual data being present. It required no data to be skipped and patched back up, only the Nintendo logo in the header. The overwritten-and-maybe significant bytes in the logo were 90 AE 4F 4A 59 4A. 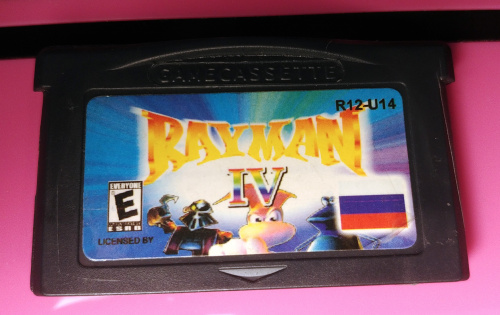 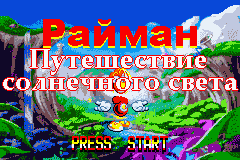 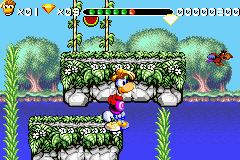 This is a Russian version! But only the title screen. Even the box was just the English one with a Russian sticker on it - and while the cartridge label actually has a Russian flag printed on it, it still just uses the English "Rayman IV" title. Minimal effort translations right there. Russia was apparently a big market for these games, though, and a lot of the later ones have so far only shown up there and in China. Again, this one fixes some of the bugs from Mario DX.

This may seem like a dumb question, but how did people figure out that these games were made by Sintax?

I think initially it was based on the manuals and box text being very similar to Sintax's for their GBC games, with some phrasing being identical. A stronger connection came up with some of the later games having the name "Jump Technology" which was a known pseudonym for Sintax. Later there was some confirmation from inside sources too e.g. the leak of Digimon Adventure prototype being associated with an ex Sintax staff member, and someone posting on a Chinese forum that Vast Fame helped Sintax out with their GBA development.

@taizou Neat. I was a bit skeptical at first of these being made by Sintax when I heard there was a Mario game, but the whole "Jump Technology" thing is more than enough to convince me

Mmm... Seeing these games, I am really surprised by how wide the world of bootleg gaming was.

There are about 24 games like this have been found so far.

the interesting part was the cover from rayman 3: hoodlum havoc.